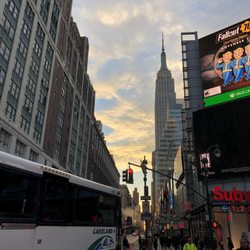 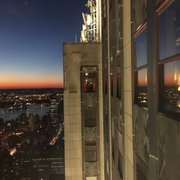 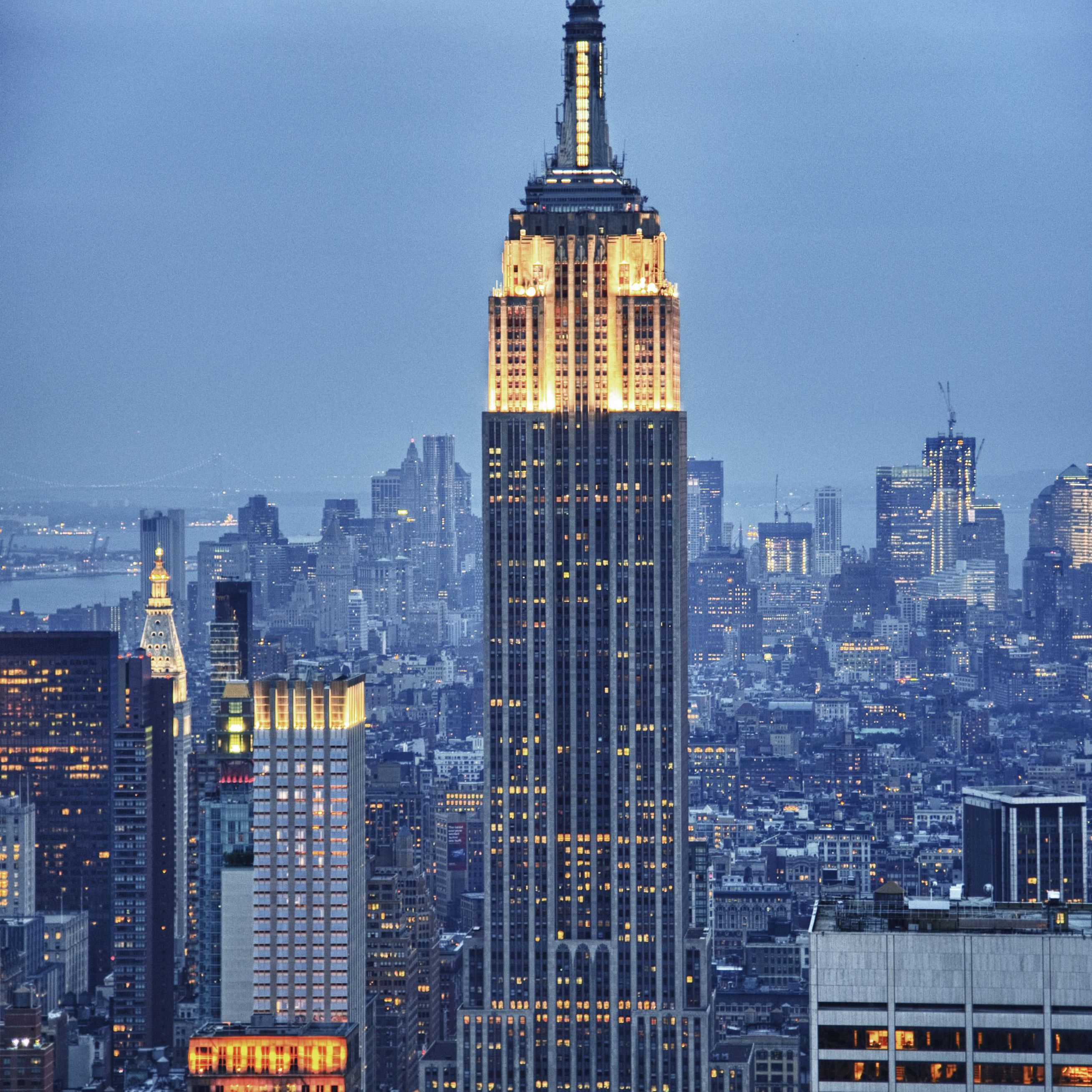 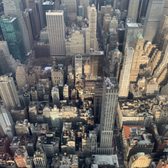 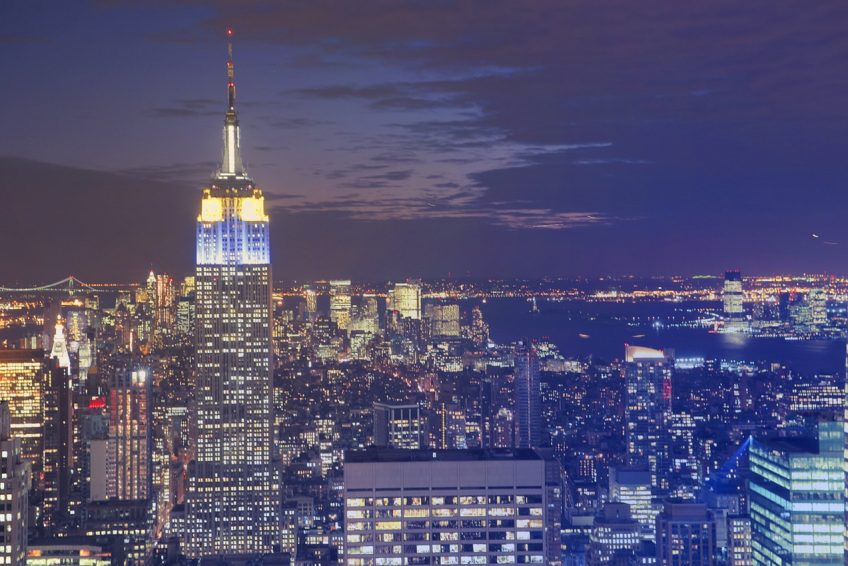 The view of midtown Manhattan from the top of the Empire State Building is amazing! If you’re looking for a higher observatory, try the one World Trade Center!

If you're trying to get a nice shot of the sunset, tough luck because the place gets super crowded super fast (though people temd to shuffle i

One of the most boring place is by far that I've ever been and everybody talks about the Empire State building like you have to see it will guess what you also have to do is wait in line for like eight hours on your feet and then once you get there it's cold and you want to leave and you're miserable and there's nothing to see but some damn monument that who doesn't give a fuck.

For $17 to go up to the top. You are able to see the entire city and surrounding territory. I recommend to go at night, since NYC is very beautiful with all its light and traffic.

The views from the observation deck are fantastic but the whole experience is pretty rough. You have to queue again and again and get herded from section to section. It’s a super popular attraction of course, so it’s not surprising that there are queues but the way they’re handled and the cost of it combined really puts a downer on the experience.

The Empire State Building was completed in 1931 and stands at 102-stories tall. It was the tallest building in the world until the completion of the World Trade Center’s North Tower in 1970 and was again NY’s tallest until One World Trade Center was completed in 2012. It was built in the Art Deco style in Midtown Manhattan. I had wanted to check out the ESB on my first visit to NYC but could not due to security restrictions after 9/11. This time, however, I was able to go and buy a ticket to the observation deck which is on the 86th floor. If you want to go to 102, it’s a little extra. Since it was just me this time around, I decided going up 86 floors was enough. The views on a clear day or evening are breathtaking. If you aren’t afraid of heights, you should definitely visit. Tickets can be purchased on-site or in advance. They have ticket kiosks now that take credit cards. If you think about it, millions of people have been to the ESB, celebrities, dignitaries, ordinary citizens, which is pretty cool. The ESB is an American cultural icon and has been named one of the Seven Wonders of the Modern World. I was happy to have been able to visit this NYC landmark and check it off my bucket list.

Best view in the city. If you want to see New York from every angle, be sure to ride to the top of the Empire State Building!

Certainly worth a trip up! The lines are long, of course, but definitely worth a visit to see a view of new york.

Nice view, choose to go day or night but if you can go on both. Buy online to avoid long lines

I visited in June on a cloudy day. The good side... no line. The down side, extremely low visibility, if any at all. When clouds would break we would get a glimpse of the skyscrapers. Good thing there was plenty of historical information on display to make the visit a memorable one.

It's a great sight to see, but not worth the trip to the top. It's over priced. The views are nice but not worth paying $50+ for it. You can definitely get some better views at rooftops bars. There's a ton of history here and if you have a big group, you can definitely get some discount pricing. But small groups will get charged the "normal" prices.

A stunning institution of NYC buildings. Remember the 2 entrances so you aren't stuck behind the massive crowds! A must-visit for all visitors and locals :) Steer clear of the fast food chains and walk a few blocks over to Koreatown for your lunch, you'll thank me :)

Definitely a must do for anyone visiting New York City. I would recommend doing the VIP line since the regular one takes forever. Every corner there is another long line.

Visited here with the Explorer Pass which definitely makes the whole experience worth it and worth the visit. 360 degree views of New York at sunset is beautiful!

Awesome view of Manhattan from up top. Cool architecture and iconic building.

Everyone has to go to the top of the Empire State Building, at least one time in your life. It’s so fun and provides and amazing view of the city.

The queues in this place in the height of summer are the WORST . Last time I went was February and it was great we had the place to ourselves practically,only went to the 84th floor ,or is it 86?I've been here roughly 5 times but never at night,will be back again in 2018 hoping to see it at night

The Empire State Building is an American cultural icon. It is designed in the distinctive Art Deco style and has been named as one of Seven Wondets of the Modern World by the American Society of Civil Engineers.

Bit expensive but the view was worth it. Been to NY many times but first time here.
Line up was long but well organized as it moved fast.

The top is amazing!!! How could you pass up this iconic symbol of New York City? You can't! This is a must!